How it all started

New Zealand’s first Olympic appearance was in 1988, when other unlikely teams such as Jamaica and Mexico also appeared. The 4-man team, and both 2-man teams were unable to make it into the top 20. Last appearance at Winter Olympics was 2006 in Italy. The 4-man team was unable to race due to injury and the 2-man team did not qualify for the final run.

There was a good chance for a New Zealand team at Vancouver’s 2010 Winter Olympics, with strong performance and a well organised team, including backing from SPARC. However the team failed to meet a top 16 ranking, and therefore missed its funding performance criteria.

A new campaign targeting the Sochi 2014 Winter Olympics was driven and passionately. Despite a run of injuries to athletes Reid and White, the 2012/13 season finished in March 2013 with the current team obtaining personal bests, and taking Gold in the BC Cup. Injuries and resourcing issues hampered the success of the team’s appearances at the North America Cup events, but a strong finish resulted in a modest improvement to the FIBT rankings.

As with past teams, funding and resources are the primary challenges for the New Zealand bobsled team. Changes to federation and government funding policies as well as a lack of sponsorship, leaves teams needing to be personally funded. Personally funded teams become hampered by athletes being unable to focus on their performance.

Overall, New Zealand has struggled to maintain any continuity or organisation between Olympic campaigns. Teams have been formed on an ad-hoc basis, and valuable experience, sponsorship and support are lost as each campaign concludes.

Where we are now

Having emerged from the failed Sochi campaign, the team has spent 24 months reviewing every aspect of previous campaigns. It has become well accepted that previous strategies are not working, or much too dependant on a single benefactor. It is also an obvious weakness in the past that New Zealand women have not been represented in either the 2 or 4 member versions of the sport.

While the current goal of the New Zealand team is to become funded and reach the 2018 Winter Olympics, we also have a vision that looks beyond 2018. An Olympic appearance in 2018 is unlikely to deliver podium, or even top 16 results, but it will be the first step to building an experience base that future talent can leverage.

New Zealand is rich in athletic talent, particularly in strong sprinters – the likes found training in most high-performing New Zealand men’s and women’s rugby teams. It is the team’s goal to slowly and consistently build the resources that are needed locally and internationally for the sport in New Zealand, with the ultimate goal to see New Zealand Men and Women competing regularly in global competitions, and the Winter Olympics.

There is a great future for this sport in New Zealand.

The 2016/17 season began in North America in November 2016. With the Kiwi team undergoing an organisational transition and reform process, the focus is on establishing a youth and development squad, including a women’s 2-person team - TEAM KIWI!.

We are accepting applications for interested athletes to attend a two-week introductory and training programme to be held in March 2017. Team management will confirm the venue for the programme, but it is anticipated to be Whistler, Canada. It will be expected that interested athletes, with the support of the team, will raise their own funds to cover the cost of the two-week programme. Applicants should expect a total cost of around $9,500 NZD for a 10 day programme.

There will be three classifications of applicants accepted to the programme:

– Open to men and women, for ages from 16yrs to 30yrs. There are 5 spaces remaining for athletes. In the event of more than 8 applicants, team management will undergo a selection process. Applicants of this class will be considered for the youth and/or development squads.

– Open to men and women, for ages from 16yrs and up. There are no performance requirements, but there are health and conditioning guidelines. It is expected that applicants of this class will not be pursuing representative status in the sport. UPDATE: This application class has now closed.

– Open to men and women, for ages 16yrs to 30yrs. There are two spaces for applicants to apply for a sponsored position in the programme. A sponsored position will be considered “Athlete Class” and costs will be substantially, if not 100% subsidised. Acceptance will be subject to team management and specialist athletic advisors.

Applicants are invited to get in touch with team management to find out more information.

The launch of "Team Kiwi" 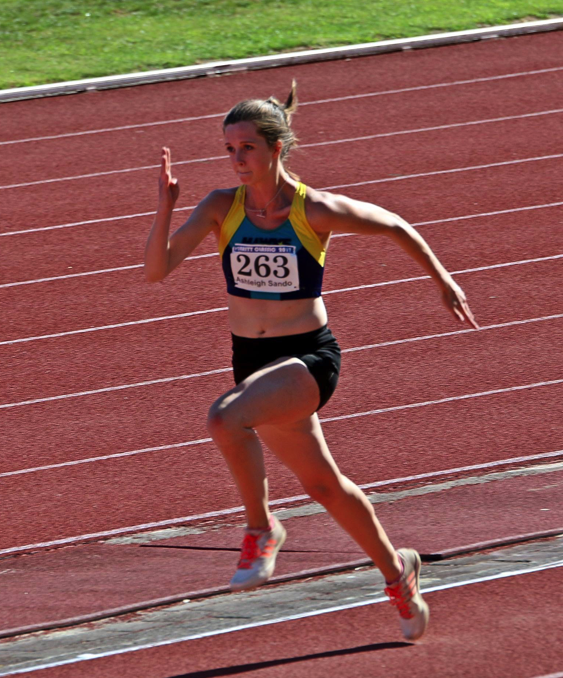 I've competed in athletics from the age of 7 and over the years have won multiple national age group and open medals in a range of events from high jump and long jump to both the 100m & 400m hurdles races.

Representing NZ at the Oceania Championships in 2012 has been my biggest highlight so far where I won the U20 High Jump, 2nd in the U20 100m Hurdles and was a member of both the winning U20 4x100m team and Open 4x400m team.

I have always been a massive thrill seeker and when the opportunity arose to give Bobsled a go the sport ticked all the boxes: it's fast, exhilarating and requires pushing your body to the limit both mentally and physically.

My first goal is to make it down the track in once piece when we head to Canada but ultimately it would be amazing to see if we could be the first NZ women's team at the winter Olympics!

Believe in aliens?
All I’ll say is that the Universe is far too large for us to be the only lifeform… 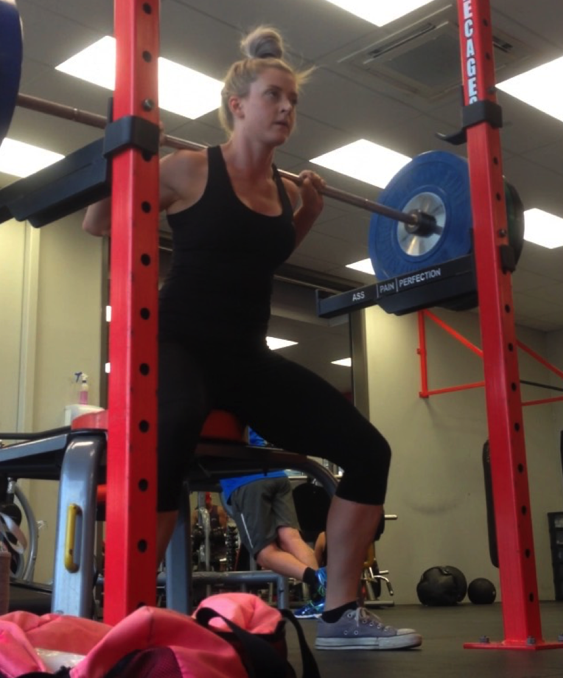 As an athlete I raced in Australia, which lead to the beginning of my injury journey. While I was unable to properly train and compete, I continued as a Strength & Conditioning Specialist. In doing so, I helped four Waikato players train to gain contracts with New Zealand Women’s Sevens, two of these girls were part of the Rio 2016 team at the Summer Olympics.

I have been involved in track and field since high school, I’ve had compartment syndrome and shin splints plaguing me for many years. Finally, I was presented with the option of surgery which resulted in brand new legs, so I’ve been training properly for the first time in years. To me the possibilities are endless with these new legs, so why not try something that could be the best thing I ever do?! Of course growing up Cool Runnings was my favourite movie, so really I’m living my childhood inspiration right now!

Favourite Movie?
My oldest favourite is Cool Runnings, one of my newest is Deepwater Horizons

Believe in aliens?
Why not, there’s endless possibilities for any possible scenario so yeah I wouldn’t rule aliens out. 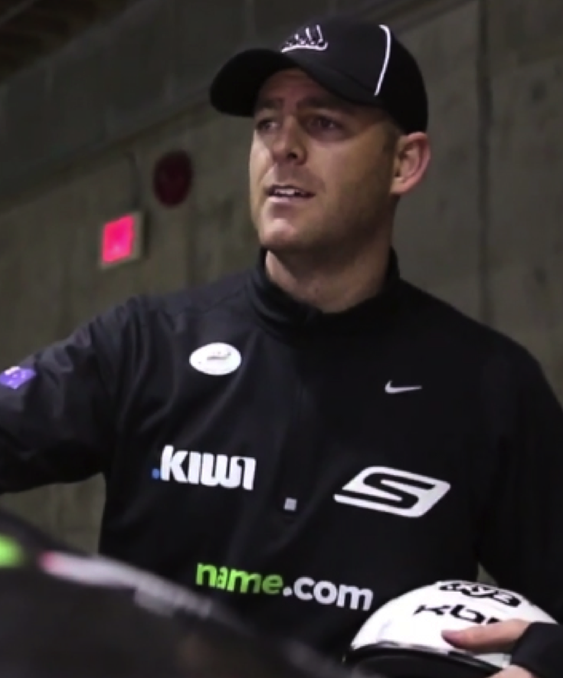 I have always said that once you try Bobsleigh, you will either love it and be addicted, or hate it and never slide again. This is not a “maybe” sport. For me, after my first slide, I loved it and have spent the following years totally addicted. A bobsled injury to my neck has meant that I have not been able to slide for 3 years, but I’m working on it…

I am passionate about our young country, and New Zealand has a fantastic opportunity to compete at the highest levels in this sport.

Believe in aliens?
I have seen plenty of aliens in speed suits racing a bobsled.

Something is coming... something very exciting.

See us in action

Top speeds of around 150km/h 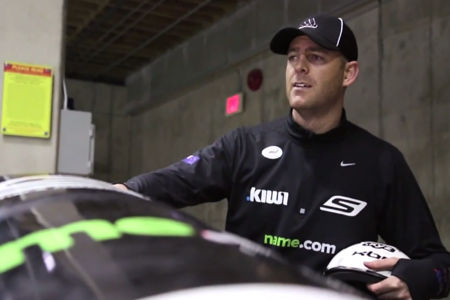 First appearance in Olympics in 1924

Athletes are subject to a force of up to 5g’s

Modern tracks are about 1 mile long, with up to 15 turns 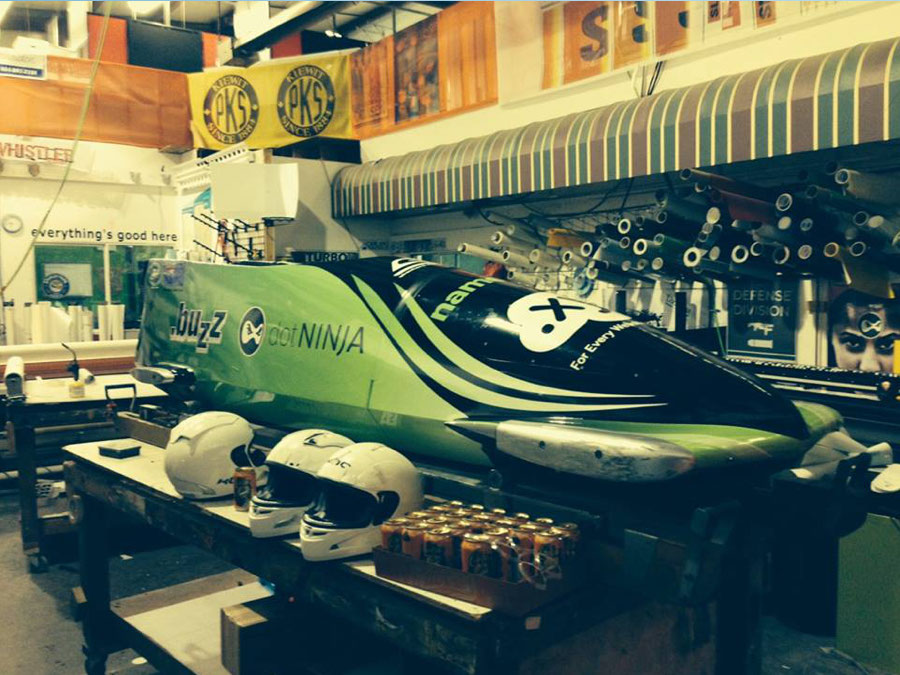 There have been approx. 16 deaths in Bobsleigh

Most successful nations are Switzerland and Germany